Africa has shown a high rate of economic development in the last couple of years. Forecasts predict further growth, but also an increasing population in the 21st century. Consequently, energy demand is going to rise. Considering the reality of anthropogenic climate change and its consequences which will affect some African countries harder than other regions world-wide, fossil energies are no longer an alternative for energy provision. The good news is that the potential of renewable energies (PV, wind, hydro power – and biomass) in Africa is huge. But so are the challenges.

The case of bioenergy use illustrates some of them. Although there is a high potential of agricultural residues, those resources have been poorly used or not used at all so far. At the same time there is an alarming rate of deforestation in some countries. The wood is either directly used or converted into charcoal. Both feedstocks fuel cooking devices all over the continent. Most people still rely on this traditional use of biomass. Modern bioenergy systems are scarce. The legal framework for renewable energies is often not comprehensive and conclusive in many countries leaving important gaps for potential investors. Frequently, there is lack of knowledge, research infrastructure and skilled man-power for operation and maintenance.

Therefore, DBFZ will contribute to further develop the bioenergy sector in Africa considering the food security – energy – climate nexus. Those activities include the realization of specific pilot projects as a kind of demonstrator and disseminator, the adaptation of technologies, research and education. DBFZ is going to transfer knowledge to business partners, training companies, extension services, funding agencies as well as local and regional stakeholders. By this, DBFZ can hopefully help to boost a sustainable economic development and protect the climate at the same time.

DBFZ’s activities in Africa started around 2012. A first milestone was an overview study on the biomass potential conducted for the International Renewable Energy Agency (IRENA) in 2013. In 2015, DBFZ developed a hybrid renewable energy plant based on a combination of biomass and solar energy in Algeria and Tunesia. Starting in 2016, DBFZ promoted the cooperation with South Africa. Several biogas projects were realized, including the support for the setup of own research facilities and biogas laboratories in different universities in this country. In addition, DBFZ assisted to develop norms and standards for the organic waste treatment and to implement a standardized protocol for biogas substrates testing. Different biogas concepts were developed for Kenya, while Kenyan researchers underwent a training course at DBFZ. For Namibia, DBFZ analyzed and characterized biomass samples which originated from a de-bushing project. In Ghana, DBFZ realized a comprehensive project. After a widespread potential analysis of agricultural residues apt for bioenergy provision on the national, regional and local level, a feasibility study for a biogas plant on a local spot was conducted. Thereafter, the implementation of a hybrid waste-to-energy concept began. In 2020, a project for the installation of a biogas laboratory at the University of Lomé, Togo, was initiated. The project contains also the development, production and distribution of newly designed pyrolysis cook stoves for rural areas. In the same year, DBFZ started a project in Ethiopia developing a use concept for organic household waste in Addis Abeba.

Further information on the specific country experiences can be found in the Country reports (PDF): 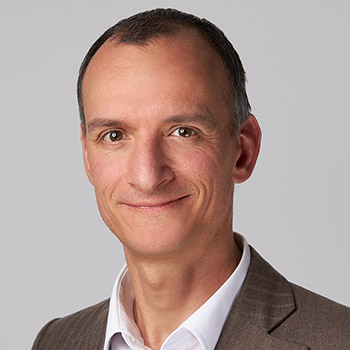