Biogas and animal husbandry in China

As the biggest developing country and a big agricultural country in the world, China has one of the biggest potential markets of bioenergy. Especially these years, bioenergy plays an increasing role in the national energy strategy. In China, because of the huge population and the low arable land per capita, arable land is very valuable, and the food is the cardinal question. That is why the basic principle to develop biomass is "No fight with people for food and No fight with food for land". China advocates use waste, such as agricultural and forestry waste and industrial wastewater to produce bioenergy. It is not allowed to plant energy crops in large scale, therefore the use of agricultural residues plays a quite important role in the development of renewable energy. On December 21, 2016, Chinese President Xi Jinping chaired the 14th Meeting of the Central Leading Group on Finance and Economics. He proposed that biogas and biomethane should be the main treatment directions of livestock and poultry dung, and in rural areas, making use of rural energy and organic fertilizer. During the 13th Five-Year Plan period, China strives to basically solve the problem of waste disposal and resource utilization in large-scale livestock and poultry farms.

China has the biggest agricultural residues output quantity in the world, around four billion tons annually. Among that, there are 700 million tons of straw from crops. And with the development of modern agriculture, the total amount will increase by 5% to 10% per year. It is estimated that in 2020, the quantity of straw will reach 95 million tons/year.

Crop straw: In 2015, the theoretical resources amounted to 1.04 billion tons and the utilization amount was 0.72 billion tons, and the comprehensive utilization ratio was 80%. 80.1% of crop residue utilized in China.

China has a large area; and based on the data from the China Statistics Year Book/ Regional Statistics Year Book; the distribution of resources varies greatly among the different regions of China. For the crop residues, the provinces Hunan, Heilongjiang, Jiangsu and Anhui are far ahead of other regions. For animal manure, Guangdong province is far ahead of other provinces in China.

Chinese legislative directives and policies on renewable energy and environment protection have three levels. The central government establishes the first two levels and the local government including the provincial, municipal and county governments, establish the third level of policy according to the local situation and under the direction from the central government. (Research Centre for Sustainable Development, 2006).

Combined with the local situation, natural resources, population, market and investment, the local government and also some central government offices promulgate the Third-level policies, which consist of practical and specific incentives and managerial guidelines. It provides crucial support to support the development of renewable energy in its early growth stages. Since the mid-1990s, many provinces and autonomous regions of China have adopted policies for developing renewable energy, including subsidies and tax reduction. The central government also issued several effective regulations.

Started from 1985, the scale of poultry and livestock farming in China has increased substantially, and the degree of intensification, scale and mechanization has been continuously increasing. While poultry and livestock farming improve the lives of urban and rural residents, the environmental pollution problems caused by poultry and livestock farming have also become increasingly serious. At present, the problem of livestock manure pollution has become the main source of rural pollution in China, and the problem of livestock manure pollution is the main factor restricting the sustainable and healthy development of large-scale livestock farming. China's manure treatment started relatively late, and it is still at the stage of development attempt. The treatment methods mostly draw lessons from foreign technologies and experiences, mainly including direct returning to farmland and biogas production. But the treatment system, facilities and technologies are not good enough which is easy to cause secondary pollution to the environment. In general, the main processes and methods of fecal disposal are as follows:

There are three primary categories of biogas projects in China: rural household-, agricultural waste-, and industrial organic waste-based biogas projects. By the end of 2014, there were 35,533,000 rural households in China using biogas, accounting for 30% of the suitable households. In 2014, the total annual production of biogas in China reached 15.5 billion m3 with the following shares:

Although the scale of biogas power generation is small, the development of biogas in China has entered the best period ever. Previously, the National Development and Reform Commission issued a "medium and long-term renewable energy development plan" clearly pointed out that China's biogas production scale would reach 44 billion cubic meters in 2020, including large and medium-sized biogas production scale reaching 14 billion cubic meters. 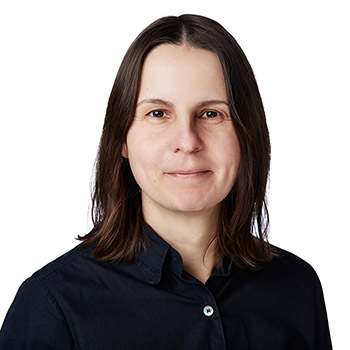