Hydrothermal processes (HTP) enable diverse and attractive applications. HTP can efficiently convert biomass - and in particular highly-wet, biogenic residues and waste materials - under increased pressure and temperature into high-quality refined solid, liquid or gaseous carbonaceous products. A large variety of starting materials can be used to make a wide range of products available. Thus, HTP sustainably contribute to resource protection and are an essential component of a future bioeconomy.

Work at DBFZ mainly focusses on carbonisation and liquefaction. Due to the use of advanced equipment, a large number of research projects have already been successfully carried out. The expertise acquired at DBFZ is based primarily on the use of biogenic residues.

Hydrothermal carbonisation (HTC) converts wet biogenic residues into so-called hydrochar. The process uses the unusual properties of liquid water at high temperature (180-280 °C) and high pressure (10-65 bar). In addition to its properties as a solvent, water also functions as a reaction partner and heat carrier.

The resulting hydrochar can be used for various applications. In addition to an energetic use (combustion or gasification), it can also be used e.g. as activated carbon or soil additive. Additionally, the HTC process enables the recovery of valuable nutrients such as nitrogen and phosphorus when using nutrient-rich, biogenic residues such as sewage sludge or liquid manure. These residues are the largest domestic sources of phosphorus for agriculture, but their application on agricultural land causes high nitrogen and phosphorus emissions to bodies of water and air. Nutrient recovery would help to sustainably close those nutrient cycles and protect the environment.

During HTC, bio-based platform chemicals also form in the process water. Under controlled process conditions interesting compounds such as 5-hydroxymethylfurfural (HMF), furfural and levulinic acid can be obtained. Those compounds are suitable, for the production of plastics, fuel precursors or additives and can replace fossil-based products. The HTC process water can also be used for biogas production.

Compared to HTC, hydrothermal liquefaction takes place at higher temperatures (250-400 °C) and pressures (30-250 bar) as well as shorter reaction times (5-60 min). Due to the much more severe reaction conditions, biomass is almost completely liquefied. The resulting liquid consists of two phases: an aqueous and an oily phase, also called bio-crude. While the aqueous phase contains mainly organic acids, the oily phase contains non-polar and aromatic hydrocarbons. The bio-crude oil can thus reach a calorific value between 30 and 36 MJ kg-1 depending on feedstock. However, the oil still contains an oxygen content between 10 and 20 %. By removing the oxygen with hydrogen (hydrogenation) and subsequent fractionation (rectification), the bio-oil can be processed into various fuels (kerosene, petrol, diesel etc.) 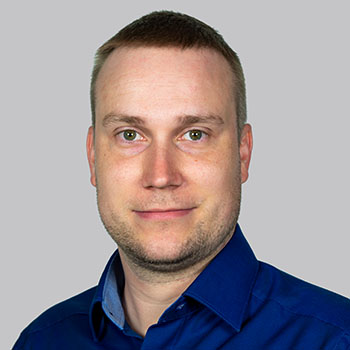